Reasons for scepticism and hope: Impressions from the first week of COP26

Around a week ago I boarded the ‘Climate Train’ to COP26 and spent a week in Glasgow attending events, following the conference proceedings, and marching for the climate. The COP is now halfway over and a lot has happened already. In this blog I will share some of the insights and experiences from this remarkable journey.

Railing to the COP

On Saturday morning 30th of October we left Amsterdam with over 500 people: from activists to people working for NGOs, the travel industry, government (including the Dutch climate delegation), and lots of media. It was a special train organized by Youth for Sustainable Travel, Eurostar, NS, ProRail and Avanti passing through Amsterdam, Rotterdam and Brussels with final destination Glasgow.

On board I participated in workshops about the future of travel by train and plane. Our discussion focussed on making train journeys more attractive. For example, by lowering prices, creating an easy EU-wide booking platform, and ensuring there are good connections. We also realized that to encourage people to take the train more often, less sustainable alternatives should also be less appealing. For example, by increasing taxes on short-haul flights or taxing frequent flyers.

Tom Rivett-Carnac – one of the negotiators of the Paris Agreement and host of the podcast Outrage + Optimism – characterized COP26 in Glasgow as ‘A City of Two Tales’. The one tale inside the so-called ‘blue-zone’ (the conference area for those with official accreditation – unfortunately not including myself) was one of optimism, with world leaders talking about climate action and pledges being announced. The other one, outside the conference halls, was one of scepticism, best captured by Greta Thunberg: “All we hear from our so-called leaders is blah, blah, blah. Words that sound great but so far have not led to action.”

The disillusionment with COPs and promises on climate action has a clear reason. Even though climate negotiations have been going on for a quarter of a century and many promises have been made, total emissions are still rising and climate change is a reality. For example, one of the first commitments announced at the start of this COP was joint action by more than 100 world leaders to stop and reverse deforestation by 2030. Yet, a similar deal was announced in 2014, which failed to halt deforestation. Instead, the deforestation rate nearly doubled in the years after. Another example is the $100bn in climate finance for developing countries which never fully materialized.

Reasons to be hopeful

While the actions still need to go with the words, announcements have been made that give some reason to be hopeful. For example, various countries have made net-zero pledges or updated their intermediate targets, a commitment was signed by over 100 countries to slash methane emissions, an agreement was made between Western countries to finance South Africa’s transition away from coal, and the deforestation commitment – this time – also comes with a substantial financial package, includes Brazil and China, and recognizes the importance on indigenous communities in protecting forests.

I myself felt hopeful and empowered by an initiative started by Oil Change International and taken up by a number of frontrunner countries such as Denmark and the UK, to stop funding fossil fuels abroad. The countries signing up to this, remarkably, also included the US and Canada, yet the Netherlands was missing. This all the while the Dutch Prime Minister Mark Rutte had come to Glasgow only a few days before with the message: ‘Action, action, action!’ After questions in parliament and effective communication and mobilization by different environmental groups (see this interview with Aniek Moonen), the Dutch government this week announced that they will also join the initiative to stop financing fossil fuels abroad. I always carry the naïve hope that signing and sharing a petition makes a difference – and this time I think it truly did!

On the 6th of November, I marched together with around 150,000 people in Glasgow alone, with more people marching in various countries around the world. Pushing for faster and ambitious climate action. Net-zero in 2050 is not good enough anymore. Well-below 2 degrees is not good enough anymore. Science-based targets are needed that will ensure 1.5 degrees warming max, with intermediate targets for 2030 and with a clear plan on how to get there.

As an activist I hope to have played my part in shifting this conversation and showing political and business decision-makers inside and outside COP26 that we need to go from blah, blah, blah to real action. And while the activist in me is more sceptical, the consultant in me is excited to work with frontrunner companies, governments, and other organizations to make climate action happen.

Going to the COP: “Everyone has a role to play in solving the climate crisis” 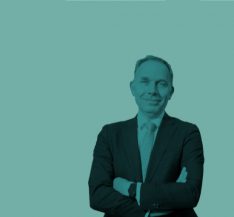 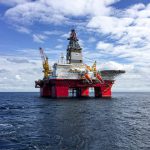