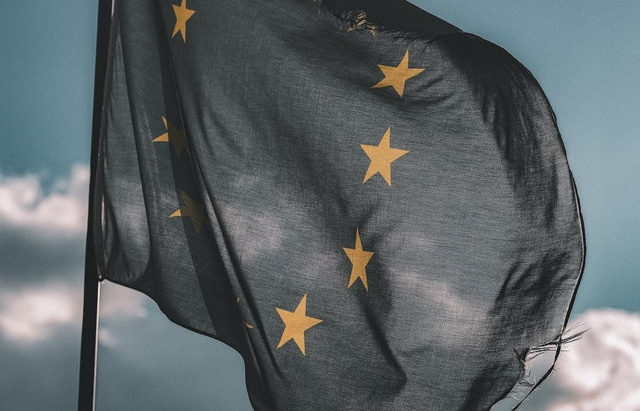 The first meeting of the European Committee of the Regions' Commission for the Environment, Climate Change and Energy (ENVE) after the summer break was the occasion to discuss on the upcoming COP26, the United Nations' climate summit. Opening the debate, Juan Espadas (ES/PES), Mayor of Seville, chair of the CoR's ENVE commission and of the Green Deal Going Local working group, declared: " The world is looking at Glasgow in November as the last chance to find the collective ambition to tackle the climate crisis. So many people and businesses are calling on us, local and regional politicians, to provide concrete answers for their everyday lives and for their future. The European Committee of the Regions will make sure that their voice and the one of our territories are heard at COP26. Climate diplomacy can only be effective if it is credible, and this can happen if all actors, including cities and regions, are involved in achieving climate-neutrality."

During the debate on climate, Jacob Werksman, the EU's Lead Negotiator to COP26, summarised the Union's "three tracks of action" for Glasgow. First, on the "politics of ambition", to persuade other major economies to raise their climate targets and to increase climate finance. Secondly, to complete the Paris rulebook, in particular the transparency and accountability framework through which countries are to report on their climate goals and engage in international carbon markets. Thirdly, the EU is to keep its support for partnerships with non-state actors, including cities and regions contribution to delivering climate action and enhancing their resilience to climate change. Mr Werksman also stressed that "what happens at the local and regional level inspires the design of EU-wide policies" , referring in particular to transport and building policies and citizens' behavioural change. The EU's Lead Negotiator to COP26 concluded by "extending the hand to local and regional authorities to join the EU's effort to keep the climate momentum going."

Jytte Guteland (SE/S&D), Member of the European Parliament and rapporteur on the European Climate Law, recalled that: "Eighty countries still have not updated their Nationally Determined Contributions. World leaders must step up and present clear emission-reduction pathways, and concrete proposals like carbon pricing. It is time to phase out fossil-fuel subsidies and put an end to new coal plants."

Csaba Borboly (RO/EPP), President of Harghita County Council, said: " For better adaptation to climate change, we need to be bold and act now. Local and regional authorities need support in preparing their own climate adaptation strategies to increase protection and resilience of local communities and natural habitats. I would like to reiterate our call for direct funds for local and regional authorities to implement local Green Deal projects that help to achieve the goals of the Paris Agreement."

Ivan Gulam (HR/Renew Europe), Mayor of the Municipality of Pirovac, declared: "COP26 must fulfil the expectations of those willing to capitalise on the COVID-19 recovery to push the climate agenda forward. We need a strong CoR presence in the EU delegation to COP26 to advocate that Regionally and Locally Determined Contributions (RLDCs) do not lead to double counting of the Parties' climate commitments but, instead, to more accurate counting. We stand ready to showcase best examples from our communities. The challenge is global but the transition must be local." RLDCs is the CoR proposed system to formally include sub-national governments' climate commitments within the Paris Agreement.

Jakub Chełstowski (PL/ECR), President of the Śląskie region, stressed that "Given the ongoing economic crisis due to the pandemic, the main focus of the EU`s policies should be on economic recovery. The EU should set out a realistic pathway to climate-neutrality, which will not have a negative impact on EU citizens and businesses. The goals of the Paris Agreement can only be achieved if all Parties to it have similarly ambitious policies. This would not only help with curbing global greenhouse gas emissions, but it would also create a level playing field for businesses."

Concerning the EU's legislative agenda, the ENVE commission appointed four rapporteurs on dossiers that fall under the 'Fit for 55 package' , a set of 12 proposals presented by the European Commission on 14 July to support a net GHG emission reduction of at least 55% by 2030 compared to 1990 levels, with the overarching goal of making the EU carbon-neutral by 2050, as set out in the European Green Deal. The newly appointed rapporteurs are:

Members decided to postpone to the ENVE commission meeting in November 2021 the appointment of a CoR rapporteur on the LULUCF (land use, land-use change, and forestry) and the Effort Sharing Regulation.

On the 'Fit for 55 Package', members held a debate with Stefanie Hiesinger, member of the Cabinet of the European Commission's Executive Vice-President Frans Timmermans, who reaffirmed that cities and regions are key partners for the EU to reach climate-neutrality.

Linda Gaasch (LU/Greens), member of Luxembourg city municipal council, said: "In appearance an ambitious proposal, the 'Fit for 55' package does not commit to ending the use of fossil fuels and it protects industry rather than citizens. It does little for social justice. We ask for an end of free allowances, and insist on the 'at least' 55% emission reduction - we should not stop at 55%. Cities and regions are ready to step up their game."

Also during the debate on the 'Fit for 55' package, Andries Gryffroy (BE/EA), member of the Flemish Parliament, said : "It is certainly positive to see the EU taking the lead in speeding up the energy transition and driving societal transformation. However, ambition must also reflect the reality on the ground. The CoR has called for a Green Deal legislation that is balanced, flexible and built from the bottom up. New legislation should be flexible enough to take into account different starting points at national, regional and local level, and differences between urban, rural and peripheral areas and their potential to contribute to climate-neutrality."

Members had an exchange of views on two upcoming opinions. Firstly, an 'EU Action Plan: Towards Zero Pollution for Air, Water and Soil', by rapporteur Marieke Schouten (NL/Greens), Alderman of the municipality of Nieuwegein. Secondly, the opinion 'Local and regional authorities accelerating the implementation of the EU Pollinators Initiative', a dossier in the hands of rapporteur Frida Nilsson (SE/RE), member of the local assembly of Lidköping municipality.

Members held a debate on the Conference on the Future of Europe, stressing the need to upgrade the formal role of local and regional governments in the EU's institutional governance and policymaking. Members call for the Green Deal and the EU's transition towards climate-neutrality to be at the core of the debates on future of the EU, pointing to the recent Eurobarometer, which shows that 93% of Europeans view climate change as a serious problem.

The 'Green transition: for a sustainable and green recovery' is one of the three main topics of the 19th edition of the European Week of Regions and Cities, which will take place on 11-14 October 2021.

The CoR is contributing to the acceleration of the transition towards climate-neutrality through its flagship initiative Green Deal Going Local. 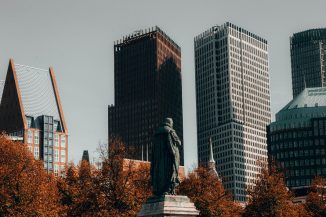 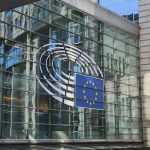 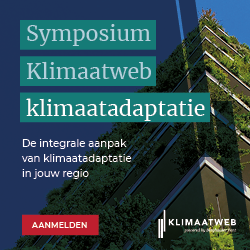